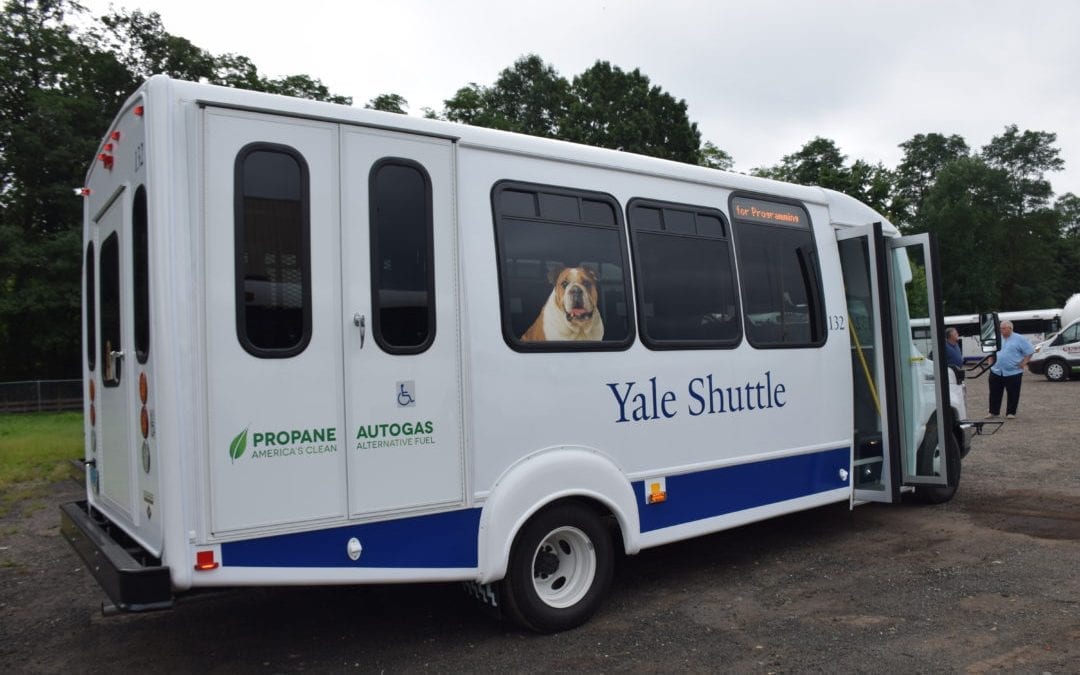 The Yale Fleet — a group of official University vehicles that are registered in Connecticut — now boasts 77 alternative-fuel vehicles after its latest addition: an all-electric Chevy Bolt.

Part of the public safety rotation at West Campus, the Bolt aligns with the Fleet’s campaign to purchase “green” automobiles in lieu of those that run on conventional fuel, a commitment that started in the fall of 2015. Since then, the Fleet, which consists of a total of 475 vehicles, has achieved a 25 percent reduction in fuel costs and saved 107 metric tons of carbon dioxide emissions.

“Our goal is to reduce our carbon footprint and double our alternative fuel vehicles by 2020,” said George Longyear, director of Yale Fleet management and graduate housing. “The University initiatives are to consider purchasing AFV [alternative-fuel vehicles] for all new vehicle purchases.”

To increase sustainability and reduce greenhouse gas emissions, the Yale Fleet has piloted several different types of alternative fuel vehicles, including those that run on biodiesel, electricity and hybrid energy, among others. Yale Fleet Management has also established a new standard when ordering larger automobiles, opting for propane- or XL Hybrid-fueled vehicles. Both the former, automobiles that run on liquid auto gas, and the latter, vehicles with an additional electric motor, increase fuel economy and mitigate the Fleet’s carbon output.

The integration of propane-fueled vehicles into the Yale Fleet has also proven successful for the Fleet’s sustainability mission. In 2016, Yale started using a bi-fuel system for some of its automobiles, which run on both gas and propane. The hybrid vehicles are cheaper and greener: Each vehicle saves 50 extra gallons of fuel, minimizes greenhouse gas emissions and requires lower maintenance, according to a Yale Fleet Management press release. To maintain these vehicles, the University added a propane fueling station at 344 Winchester Ave. and is considering constructing another on Dixwell Avenue. Read the full article here.