WEAU 13 News: For school districts, propane buses can be a cheaper and more environmentally friendly option 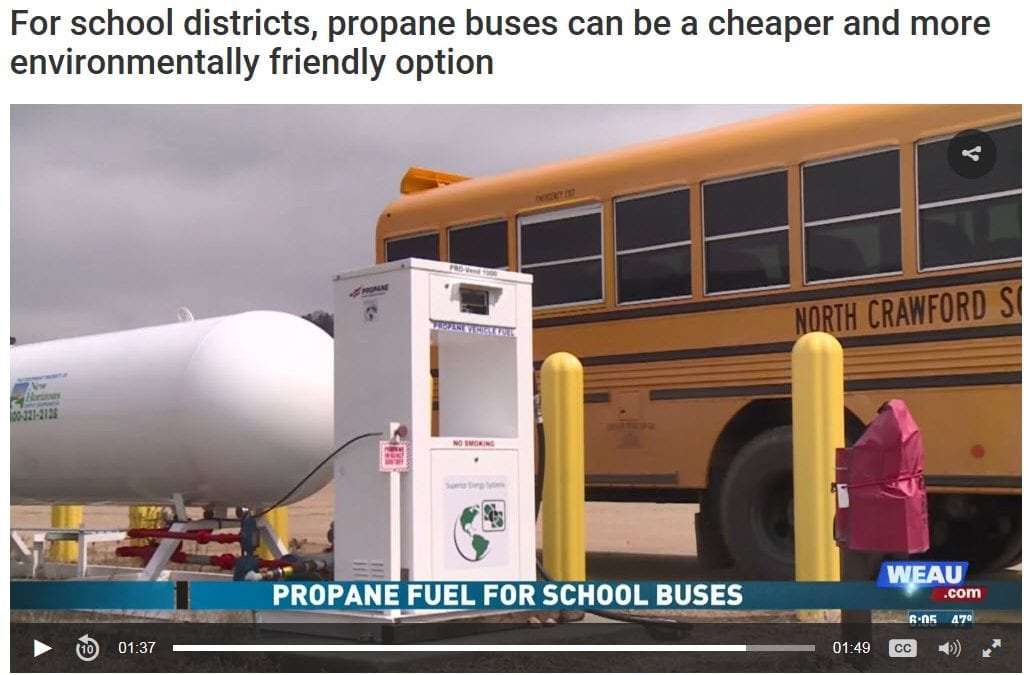 SOLDIERS GROVE, Wis. (WEAU) — At North Crawford schools some of their buses look and feel the same as traditional school buses.But they have a twist, instead of diesel they are fueled by propane.

“We saw from a market perspective that here in the states it was very under-served. Rest of the world propane is the third most common engine fuel behind gas and diesel, but here in the states it lagged behind some of the other things that are maybe a little bit sexier whether it’s natural gas, EV or biodiesel,” said ROUSH CleanTech President Todd Mouw.

ROUSH CleanTech has partnered with Blue Bird since 2011 to make propane-fueled school buses.

“It’s always a good thing if we can put more money into the classroom and teachers and not the fuel tank, so to me as a financial person in the district, it’s a good feeling for me that we’re able to save money,” said North Crawford Schools Business Manager Demetri Andrews.

They are also environmentally friendly.

Having reduced nitrogen oxide emissions by almost 3,000 pounds in the district since the first fleet was purchased in 2016.

“You get heat a lot fast in the bus, so the whole bus warms up very quickly. They are quieter which is nice for the driver and for the kids. You can hear the kids better when they’re talking, trying to give you directions if you’re a sub, things like that,” said North Crawford Schools Transportation Supervisor Jerred Powell. Read the full article and watch the video here.