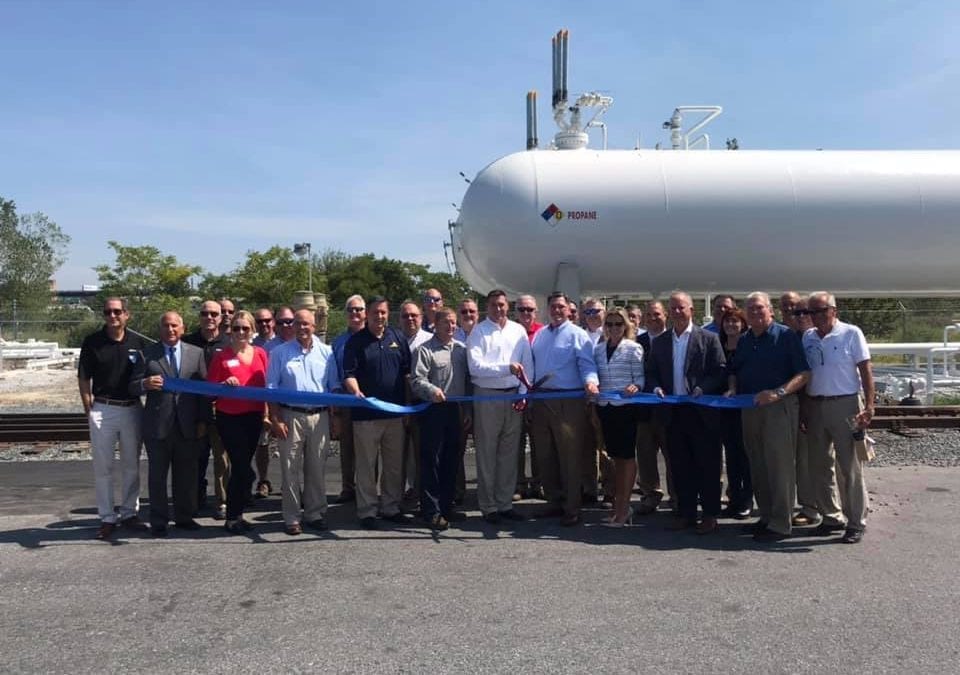 BALTIMORE (September 12, 2019) – A new propane rail terminal located in Baltimore will help ensure a reliability of supply for both commercial and residential customers ahead of the winter heating season in a region that had previously been inadequately supplied.

The terminal will operate as Mid-Atlantic Rail Services (MARS), the newest affiliate of the Tri Gas & Oil family of companies. The investment in the region by the company was applauded by government and business leaders at a grand opening Thursday, Sept. 12, at Canton Railroad Company, 4201 Boston St., in Baltimore, where the new rail terminal is located. The railroad is operated by Norfolk Southern and CSX.

“With the addition of Mid-Atlantic Rail Services, Tri Gas & Oil is better able to serve our wholesale partners by increasing our transport and service territory,” said Nash McMahan, President of Tri Gas & Oil. “We are thrilled to know we’re better able to care for our existing customers while reaching even more in the region who may benefit from having propane available to their home or business.”

The new propane rail terminal was strategically located in Baltimore and designed by Superior Energy Systems to increase the service area for wholesale propane customers and reach previously unreachable areas north, south, and west of the Baltimore facility in five states: Maryland, Delaware, Virginia, New Jersey, and Pennsylvania. The facility has many advanced features, including:

“The new MARS terminal is an example of how Superior Energy Systems strategically builds efficient, safe and fully-automated terminals that play a crucial role in delivering fuel to underserved markets, such as the Mid-Atlantic region,” said Derek Rimko, vice president of operations for Superior Energy Systems. “Our excellence in engineering quality and design, combined with our commitment to customer service, continue to set us apart in the midstream market.”

Officials from the Propane Education & Research Council (PERC) said the new terminal would benefit not only propane customers, but the region at large.

“The private investment made today by MARS will ensure the Mid-Atlantic region can continue on a path to a more sustainable environment for decades to come,” said Tucker Perkins, president and CEO of PERC. “Propane is a low-carbon, low-emission, clean fuel and this new terminal improves supply security to the homeowners, farmers and factories that rely on propane every day.”

Watch a video overview of the new rail terminal or visit www.midatlanticrailservices.com for more information. To see the full release, click here.