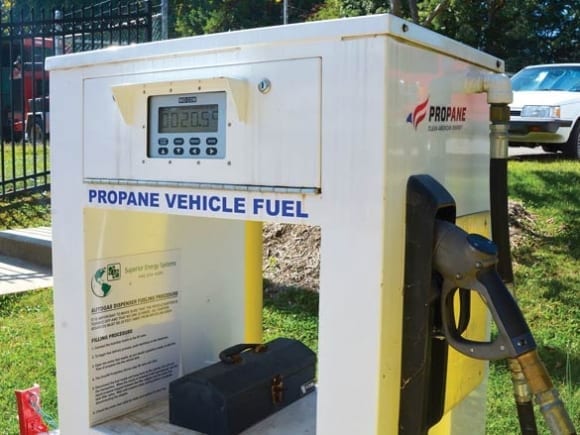 “We are definitely ahead of the game for a rural county,” said Bill Eaker, a Waynesville resident who is also the coordinator of the regional clean air campaign and the Land of Sky Clean Vehicles Coalition.

The coalition surveys communities in its five-county service area each year to find out what kind of fuel technologies and vehicles they’re using, who has charging stations and who has fueling stations for natural gas or propane.

It then takes that data, compares it to traditional gasoline-powered vehicles, and calculates the amount of greenhouse gasses that weren’t released into the air.

“There are three entities in Haywood County that are using alternative fuel vehicles that we’re aware of,” Eaker said, noting that the data collected represents the 2016 calendar year and many not reflect upgrades, purchases, or sales made after that time.

The first, Haywood Public Transit, had in 2016 six vans that were converted to propane several years prior; comparable vans that don’t use alternative fuels would have pumped 6.1 tons of greenhouse gasses into the atmosphere that year alone.