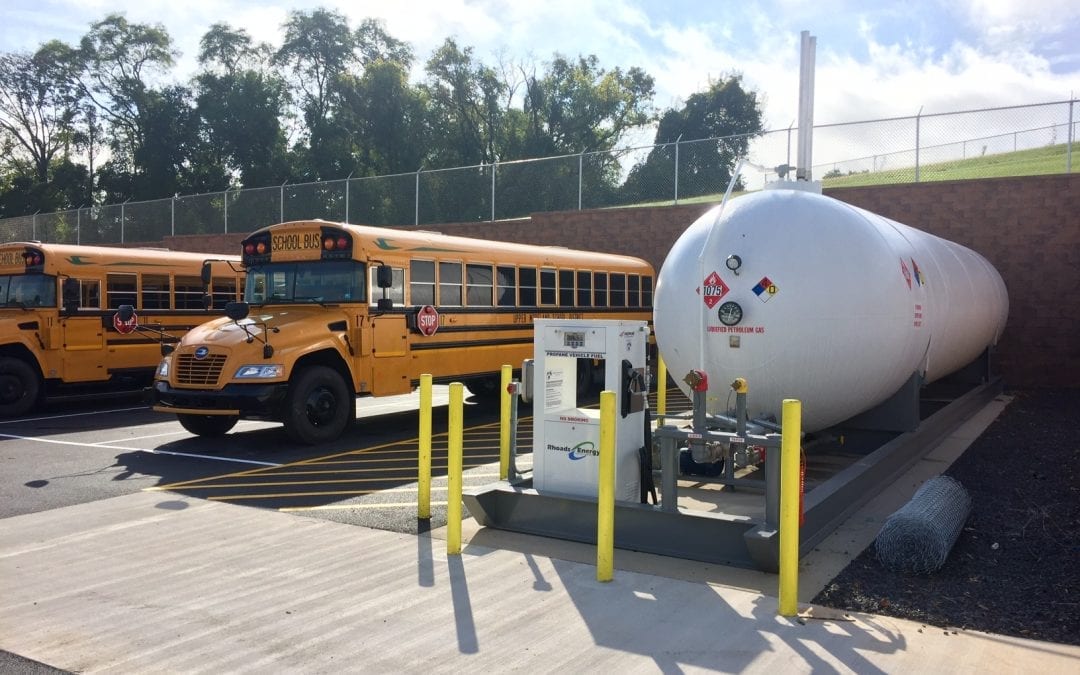 Upper Moreland School District was recognized along with 22 other local and state agencies, by the Pennsylvania Department of Environmental Protection, as nearly three-quarters of its fleet is now comprised of propane school buses.

Upper Moreland was one of three organizations that was recognized for environmental efforts in Montgomery County, Pa., and the only school district honored statewide with the 2018 Governor’s Award for Environmental Excellence award.

The school district converted its school bus fleet to propane and installed fueling infrastructure in October 2016, to support not only its own use, but also the use of neighboring government organizations. Transportation Manager Kelly Rhodunda, who accepted the award along with other district officials during an April 22 ceremony, told School Transportation News that the propane infrastructure cost the district one-eighth the cost that CNG would have.

The total buses will replace 50,000 gallons of diesel and 10,000 gallons of gasoline annually. Plus, the reduced fuel and maintenance costs will save taxpayers $256,766 annually, it was estimated. Propane will prevent 596 metric tons of carbon dioxide from polluting the atmosphere.

“Propane was the most cost effective solution for our district,” explained Rhodunda, who speaks about the district’s conversion on Tuesday at the Advanced Clean Transportation EXPO in Long Beach, California. “There were no major upgrades required for our garage and the price quote for buses was comparable to the purchase of a new diesel bus. Being domestically produced, fuel costs will remain lower than gasoline or diesel.” To see the full article, click here.