PERC: How to Heat an Amazon Warehouse Without Natural Gas 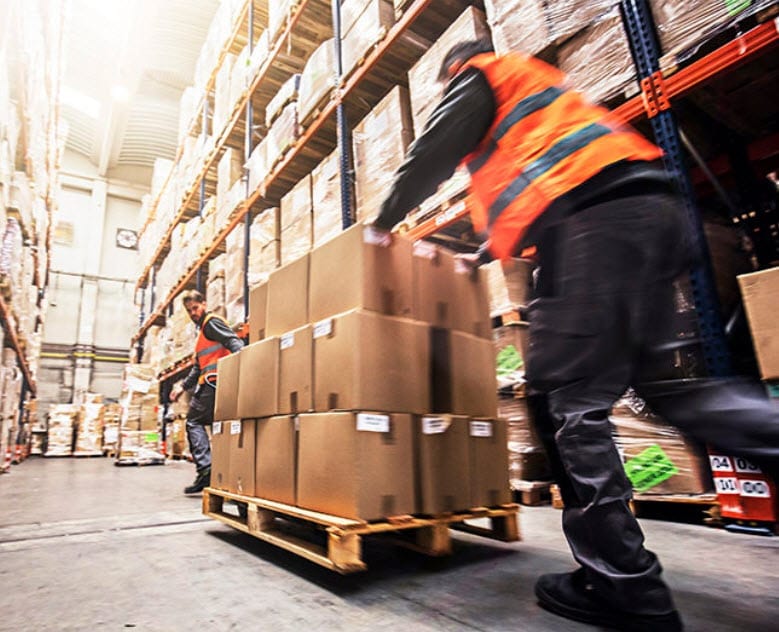 Synthetic natural gas, or propane-air, systems offer a standby gas source for large buildings when the natural gas supply is unavailable — and when facilities need gas the most.

When we order a pair of shoes online and it appears on our doorstep the next day, it can sometimes feel like magic. And with autonomous drones set to speed that delivery time to 30 minutes or less, it might as well be. But undergirding the logistical miracle of e-commerce is a rapidly growing network of massive warehouses, logistics hubs, and fulfillment centers designed to deliver products to buyers as quickly as possible.

These facilities are not only proliferating across the country, but they’re also growing larger. The number of commercial warehouses with at least a million square feet has more than doubled from 23 in 2007 to 48 in 2018, according to Dodge Data & Analytics. Amazon alone accounted for four distribution centers that each measure more than 2 million square feet in 2018.

But to find enough affordable space for these buildings, companies are moving to where land is cheaper, which frequently means less-developed areas without natural gas infrastructure. That creates an engineering challenge to heat and fuel these buildings, which require millions of Btus of heat.

For these projects, propane-air mix, also known as synthetic natural gas, offers an innovative solution that keeps the heat on when natural gas isn’t available or hasn’t arrived yet, says Jim Bunsey, director of Superior Energy Systems, which designs and builds synthetic natural gas systems and equipment. “We’re sprawling out to where the property is more affordable, and these customers are building 2- and 3-million-square-foot buildings,” he says. “Propane is there to save the day, because they’re going to need energy to operate these massive facilities.”

That was the case for a 2.4-million-square-foot Amazon fulfillment center that the company worked on in Tulsa, Oklahoma. Amazon found a property close to the Tulsa airport but far enough away that it was still affordable. For these vast buildings, propane or natural gas can fuel a variety of heat sources, including rooftop units, high-intensity infrared heaters, and makeup air units. With hope that a natural gas line will come to the property in the future, the building’s heating equipment was specified to run on natural gas.

While all of the equipment could also run on propane, it would require changing all of the burners to accommodate propane’s higher Btu content — and then changing them back again when natural gas arrives. Instead, Superior designed a synthetic natural gas system that uses a vaporizer and a propane blender to create a propane-air mix that functions exactly like natural gas. “They are running full time on synthetic natural gas and waiting for the natural gas line to come to them,” Bunsey says. “They’re hoping for one year; it could be five or six years.”

Superior designed a similar system for a nearby QuikTrip kitchen and distribution center that manufactures and processes food sold in the company’s stores. The facility’s cooking processes require large gas-fueled boilers to create high volumes of hot water. “If they had to wait for natural gas to come, they still wouldn’t be up and running,” Bunsey says.

Another advantage of these facilities’ synthetic natural gas infrastructure is that even if the natural gas line does eventually run to their area, they can keep the propane-air system on standby to be eligible for lower “curtailment” rates from their natural gas supplier. In a curtailment arrangement, a facility that uses large amounts of gas receives lower rates year-round in exchange for agreeing to have their gas supply interrupted during periods of peak demand, such as a harsh winter or polar vortex.

At Logan Aluminum factory in Russellville, Kentucky, for instance, Superior built a standby system that seamlessly adds synthetic natural gas to the building’s fuel supply whenever the utility natural gas drops below a set volume. Logan Aluminum saves nearly 20% on its year-round gas rate, and it avoids the possibility of a shutdown for its aluminum furnace, which would take more than 100 days to start back up again.

In fact, avoiding the risk of a catastrophic shutdown is reason enough for some large facilities to implement a standby synthetic natural gas supply. At Guardian Glass facilities in Texas, South Carolina, New York, and Mexico, the manufacturer has to keep its furnaces at molten temperatures to avoid shutdowns as long as 120 days if the furnaces go cool. And at U.S. Smokeless Tobacco in Hopkinsville, Kentucky, losing a batch of tobacco when the boilers go down would cost $1.2 million.

Those potential losses make it simple for these manufacturers to justify the price of achieving a more resilient energy source with synthetic natural gas equipment, which can amount to about $350,000–400,000, including the cost of a storage tank, piping, vaporizers, and blenders.

“Our system’s there to back them up or to keep them running,” Bunsey says. “So that $400,000 you just spent? If you lose one batch, you could have bought three of the systems.”

While Guardian Glass is a 25-year-old customer and currently updating its older synthetic gas systems with newer equipment, many architects and engineers come across the technology through word of mouth, Bunsey says. The construction team at Amazon’s Tulsa center implemented the solution after seeing it at the neighboring QuikTrip facility. So engineers who learn about it are in on the secret: With simple ingredients — propane and air — synthetic natural gas offers a solution to complex building energy challenges. To read the full article, click here.