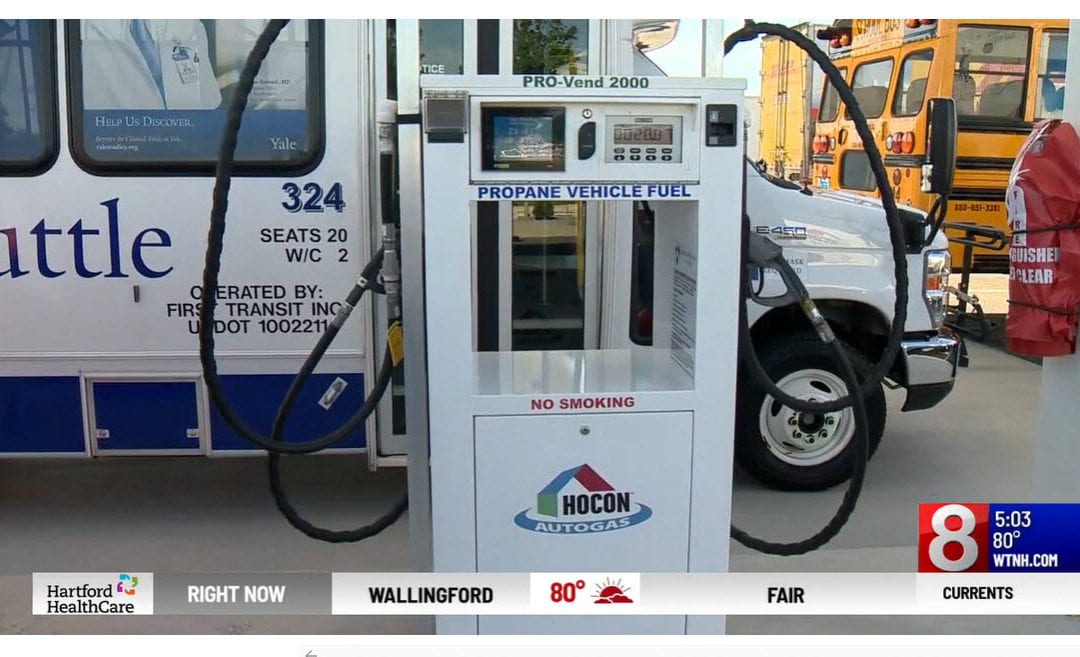 HARTFORD, Conn. (WTNH) — The Pride Travel Center on Jennings Road in Hartford is unlike any other plaza in the country. It’s the first to offer an assortment of fueling options.

“This Pride Travel Center is the first travel center in the United States to offer these three clean alternative fuels: which include, Hydrogen, Propane, DC Fast Chargers and Tesla SuperChargers as well,” explained Craig Peters, of Capitol Clean Cities of Connecticut.

By offering a variety of alternative fuels at this plaza, located off I-91, they’re hoping to make a big impact on reducing greenhouse gases and toxic emissions in Connecticut.

“We just cannot keep on going down the path we are now,” said Peters.

At the grand opening on Friday, cars, trucks, and buses – which utilize these alternative fuels – were on display.  One of those vehicles was the Toyota Mirai.

“It’s basically an electric vehicle, but instead of having to charge it for several hours, we can refuel it with hydrogen in about five minutes,” explained Jeremy Neil, Vehicle Product Training Specialist with Toyota Motor Sales.

The hope is people will now consider these options. Peters told News 8 everyone can do something, which will make a big difference down the road.

“It’s going to take time,” said Peters. “It’s not going to happen overnight, but I think right now we’re on the right path and things are starting to happen.”

State officials said they’ve been working tirelessly to get more cities and towns as well as those in the private sector to adopt these alternative fuel vehicles in their fleet. To see the video and article, click here.