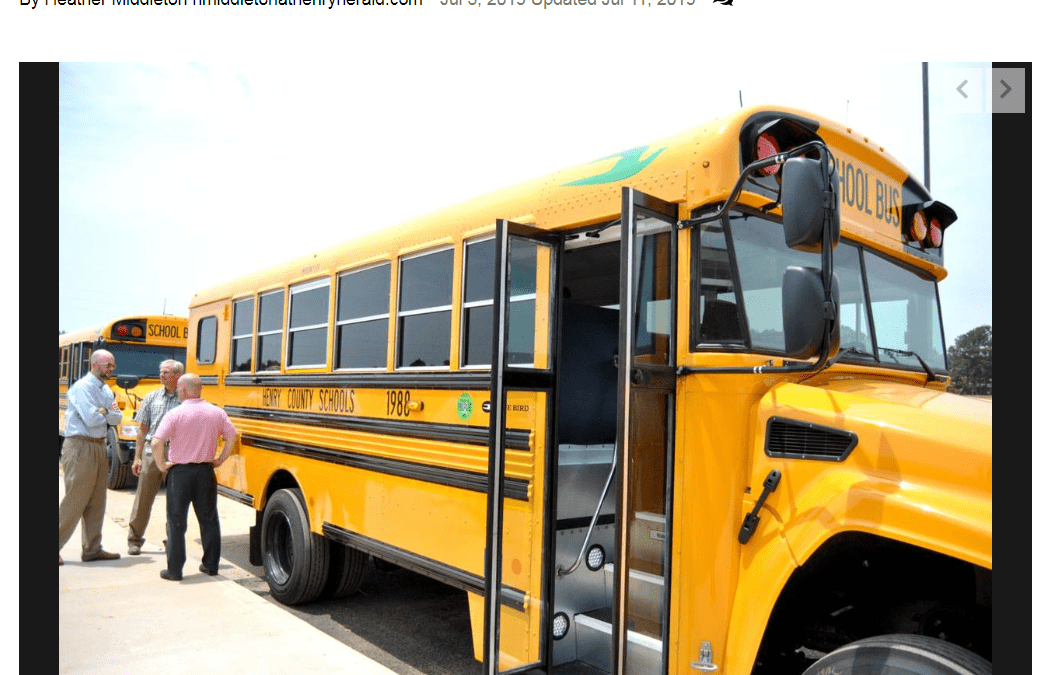 They’re virtually the same as any other in the district’s 350-bus fleet with two exceptions — they’re air conditioned and run on propane.

This summer the district has begun replacing aged diesel and gas burning buses with the cleaner burning propane.

“We want to do our part in leaving a greener footprint,” said Transportation Director Cliff Shearouse.

According to the U.S. Department of Energy, Propane, also known as liquefied petroleum gas, is a cleaner-burning alternative fuel. It’s produced as a by-product of natural gas processing and crude oil refining. It’s interest as an alternative fuel stems from availability, high-energy density, clean-burning quality and “relatively” low cost.

Shearouse said the district’s goal is to covert its fleet to all propane over the next eight to 10 years.

To accommodate the new fuel, the school district is building an 18,000-gallon propane tank at its bus barn in McDonough.

Mechanics are receiving one-on-one training from Roush Clean Tech and Blue Bird officials to learn upkeep and to diagnose and make necessary repairs on the new vehicles.

Additionally, bus drivers will also be trained on how to fill their new propane fuel tanks.

Each bus costs $100,000 and was purchased using SPLOST and bond monies.

“This is a new way of doing things in transportation in Henry County Schools,” Shearouse said. “We’re excited that we’re moving into the future.” See the full article here.