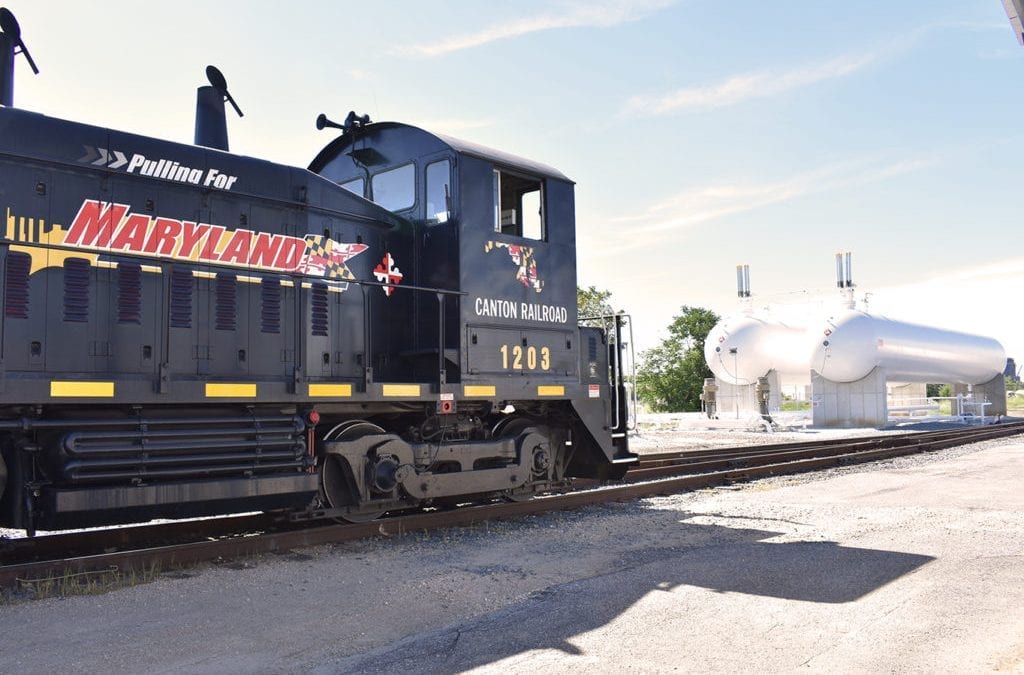 Tri Gas & Oil completed a new propane terminal in Baltimore for its newest affiliate, Mid-Atlantic Rail Services (MARS), Tri Gas & Oil announced July 16. Mid Atlantic is hosting a grand opening at the new terminal on Thursday, Sept. 12, at 10 a.m. The event is open to the public and includes tours of the terminal.

Canton Railroad, a Class III switching and terminal railroad in Baltimore County, operates the terminal. Daily switching service will be provided locally from Canton Railroad, providing up to three switches a day in the peak of winter. This works out to approximately 36 trucks per day during the busiest time of the year, the company noted.

Located just north of the Baltimore Harbor, right off Interstate 95 and Highway 895, the terminal allows transports and trucks easy access to bulk propane product. Fuel transport trucks in Maryland are prohibited from entering the tunnel system, typically traveling over bridges instead. The strategic location of MARS allows for the convenient use of the Francis Scott Key Bridge when accessing from the South of Baltimore.