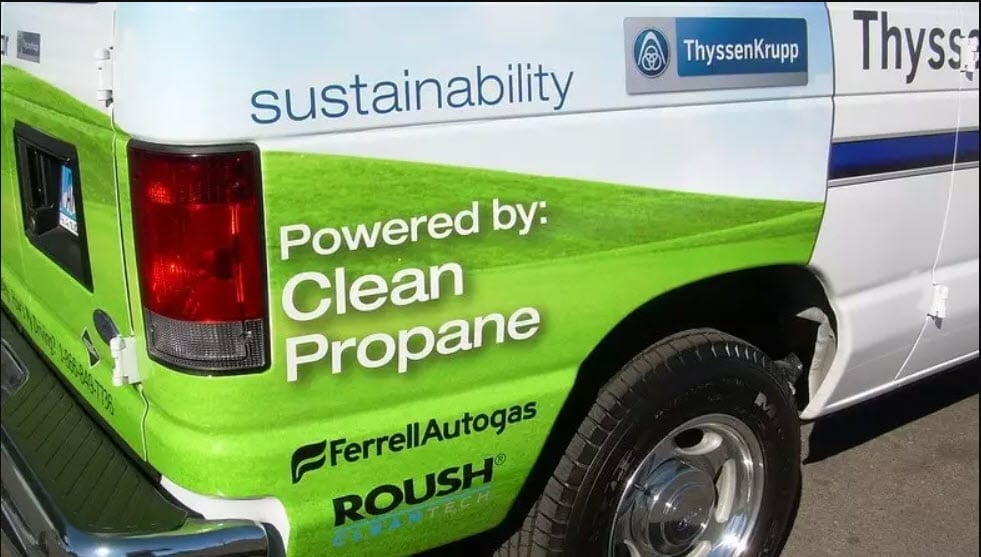 Propane autogas is playing a major role in driving down emissions in our communities and has its own place on the path to zero emissions. Here is some history on how this path has evolved.

For the past few decades, the talk around the automotive fuel industry typically centered on the same three pain points: payload, costs, and range. If a fuel could solve these issues, it earned a place in the market and could be successful.

However, in more recent years, we’re starting to see a focus on a fourth category: emissions. In 2010, only four states had comprehensive carbon goals on the books. Now in 2020, more than half of the U.S. population lives in a state that has comprehensive carbon goals. As we’re learning more about how greenhouse gases, particulate matter and nitrogen oxides impact our health and environment, it’s becoming more important for fleets to take emissions into account.

Emission reductions are becoming more important for fleets to take into account, as we learn more about how greenhouse gases, particulate matter and NOx impact our environment.

When most people think about reducing emissions, it’s likely that their first thought is to emerging  technologies — oftentimes electric vehicles — as a way to accomplish these goals. But there’s an energy source that is continually reducing emissions, while solving the pain points associated with payload, costs, and range: propane autogas.

How Did We Get Here?

As we consider this path, it is important to look back on how we got to where we are today before we examine where we’re going. Over the past few decades, there have been significant technological advances including direct injection engines, boosted engines, and engines with higher compression ratios, all of which have moved the gasoline and diesel industry forward. Those technologies also crossover well with propane autogas. Not only has this fuel improved its efficiency and power over time with these advancements, but it’s continually been able to lower emissions along the way — predominately particulate matter emissions, which are nearly zero with propane autogas.

Where Are We Now?

Propane as a fuel has improved its efficiencies over time, lowering particulate matter emissions, which are nearly zero.

Another recent innovation is propane hybrid vehicles. By converting a hybrid vehicle’s gasoline engine to propane autogas, fleets can take advantage of both electric and propane benefits: mainly, the low emissions profiles of both energy sources.

A prominent example of this technology is on display in Japan. The JPN Taxi is a factory-made LPG hybrid taxi that merges a direct-injection propane engine and a hybrid system. The vehicle would have been on display as part of the 2020 Olympics.

In the United States, Yellow Checker Star (YCS) Transportation in Las Vegas has nearly 350 propane hybrids, amounting to about 40 percent of the total fleet. According to YCS, the fleet saves the Las Vegas Valley over 800 tons of carbon monoxide and 800 tons of particulate matter per year.

Propane is prepared to work with other energy sources to reduce emissions even further on the path to zero.

Where Are We Headed?

As we look ahead down this emissions path, there are two main innovations that are going to push propane even closer to zero, specifically in terms of greenhouse gas emissions: the Cummins 6.7L propane autogas engine and renewable propane.

The Cummins 6.7L propane engine will push propane even closer to zero in terms of greenhouse gas emissions, especially with renewable propane.

The in-development Cummins 6.7L purpose-built propane engine will soon allow propane autogas to extend into the Class 8 market. The engine will leverage components from Cummins’ diesel engines that allow for higher compression ratios that produce higher efficiencies and power. The propane engine will produce 375 horsepower with 880 lbs.-ft of torque and a brake thermal efficiency (BTE) that matches diesel. Most importantly, the engine produces 11.4% less CO2 emissions than the diesel engine with the same displacement. While not yet available today, this new engine technology is currently being tested in real-world applications. Read the full article here.